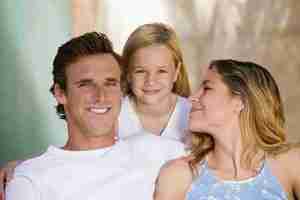 This is the next post in my series addressing what a Las Vegas parent needs to know about situations where the other parent refuses to follow a custodial order. My last post explained the difference between a child custody dispute and a criminal kidnapping. This post will deal with the former issue and explain when a Judge should be involved when a parent refuses to obey a custody order.

An Order of Return is issued when a parent goes to court and complains that the other parent is willfully violating a set custody order. Reasons for a parent’s refusal can vary but they generally have something to do with a dispute between parents. Common examples of why a parent may be refusing to return a child might include:

Whatever the reason the parent is currently giving for refusing to turn over the child is, for all intents and purposes, irrelevant. The only thing that matters is the terms of the current custody order. If a parent is refusing to turn the child over then a parent may go to the Clark County Family Court and ask a Judge to compel them to do so. It is important to recognize that it is not considered a “refusal” to turn the child over simply because the noncustodial parent has made a late drop off or made a one time accident of getting their return times confused. A refusal is the parent acknowledging that they know they are supposed to return the child to the other parent’s custody and are willfully choosing not to do so.

The process of asking the Judge to sign an Order of Return is a relatively short and quick task. The parent who is refusing to abide by the Court’s order does not have the law on their side, will not have an opportunity to make an argument in their own favor, and will be forced to comply with the Court within a day or two. If the other parent is unhappy for one of the above mentioned reasons then they must go through the proper process of asking the Court for a change in custody, which can take several months for a hearing to take place, if it is not an emergency situation. Until which time, both parents must continue to adhere to the custody order that is currently recorded.

If your child’s parent is not abiding by the rules of a set custody or visitation schedule, do not spend countless hours attempting to negotiate the situation. Contact a Las Vegas child custody attorney immediately to help the Court enforce your order and avoid long, drawn out drama.