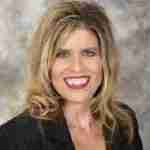 Kari relocated to Nevada in 2007. She worked as an associate attorney for the prominent Willick Law Group before opening her practice. A regular volunteer in the Las Vegas legal community, she has performed work for the Nevada Pro Bono project and has received senatorial recognition for her level of public service. This public service has included work as a Truancy Court Judge for schools in the Clark County area as well as serving as a pro bono advisory council member to the Legal Aid Center of Southern Nevada since 2012. Kari also serves as a volunteer settlement judge for the Clark County Family Courts.

Kari has conducted numerous trials in all areas of family law. She is proud of the results she has achieved, as shown by her client testimonials. These areas include divorce, child custody,child relocation, paternity, and child support.

Contact Kari today to schedule your initial consultation or visit her Nevada family law blog to learn more about the legal process.