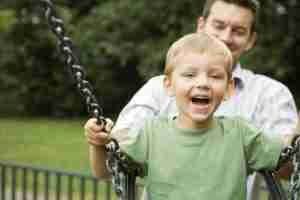 This is the next post in my series discussing what every parent should know about how to proceed if one parent violates a custody order. My last post provided an overview of topics I will be discussing in greater detail over the course of the series. In this post I will be explaining when a custody violation tips into a criminal matter and becomes a parental abduction, requiring police involvement.

If a parent refuses to abide by an existing custody order and turn over a child, it can be a frustrating and anxiety provoking time. However, most civil disputes do not become a criminal case. For a child custody issue to require police assistance, certain actions must be taken on the part of the parent withholding the child.

A parental abduction occurs when a child is either in danger, or when the abducting parent has no intention of returning the child to the custody of the other parent. Signs that a child may have been abducted by a parent include:

A child is only considered to be abducted by a parent if there is a credible reason to believe that one parent has taken the child and has no plans to return with the child. A child is not considered to be “kidnapped” if the parent currently supervising them is known to be flaky, unresponsive, or generally tardy with regards to pick ups and drop offs. In the event that a parent is simply known to be irresponsible, one should speak to their family law attorney about available options.

If a parent believes their child has been abducted, it is important to contact the police immediately. If the threat is credible an Amber Alert can be implemented to help locate the parent and child. It is also important to contact your family law attorney who will immediately file for an Emergency Change of Custody, so that the violated parent will take possession of the child following their return. I will explain how the Court will handle implementing a permanent change in custody order following a parental abduction in a later post.