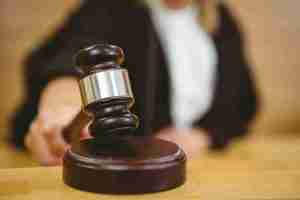 This is the next post in my series explaining what options a Las Vegas parent has if the other parent is refusing to abide by an existing child custody order. My last post explained the process of asking a Judge to grant an Order of Return when a parent refuses to return a child. In this post I will address the flip side of the argument and explain when a Judge may consider changing the custodial order.

In most cases the dispute between parents does not constitute an emergency. As I have discussed previously, a Judge will more than likely enforce the existing order and force the noncustodial parent to return the child. However, the parent still has the right to file for a change of custody hearing assuming that circumstances have changed since the previous order was made. If a parent wishes to file for a change of custody then they will not generally be penalized for their refusal to return the child, as a one time occurring event, so long as they do not continue to disrespect the Court. Scheduling a new hearing and subsequent trial can take many months. In order to optimize one’s chances of winning their argument it is imperative to follow all orders from the Court, including all visitation and custodial schedules. The more a parent chooses to take “matters into their own hands,” the less impressed a Judge will be with their judgement.

If you are a parent and believe you have a case to request for a change in custody, do not simply stop adhering to your current custody plan. Contact my office to speak with a Las Vegas child custody attorney and to schedule a consultation.