What To Expect During A Las Vegas, Nevada Child Custody Private Mediation 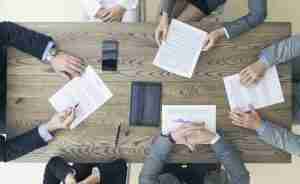 This is the next post in a series of articles discussing private mediation as an alternative to litigation in Las Vegas, Nevada child custody matters. My previous article discussed the potential benefits of mediation over traditional custody litigation. When mediation is appropriate for the family, it can save the time, money and aggravation that typically accompanies a legal battle. In this post, I will explain what parents can expect during a private mediation proceeding. If you need assistance with a child custody matter, contact my office to speak to an experienced family lawyer and mediator.

Private mediation is an effective alternative to custody litigation in Las Vegas, Nevada

Private mediation is a non-adversarial approach to resolving legal disputes. It can be used in a variety of contexts, including to negotiate a child custody arrangement. This is true whether the custody matter is part of a divorce mediation or an issue for unmarried parents. Private mediators are hired by and paid for by the parties directly. Mediators are trained professionals who act as “go-betweens” to help parties work out issues that they were unable to work out on their own. The mediator is neutral and does not represent one party or the other. Rather, acting as an impartial arbiter, the mediator is often able to suggest rational solutions that parents may not have previously considered.

During a Las Vegas child custody mediation, both parents generally meet at the same time with the mediator. They do not typically bring separate attorneys, as the mediation is intended to help the parties avoid costly legal fees. The mediator will carefully listen to the parties concerns and disagreements. Acting as a fair and impartial third party, the mediator will help facilitate a settlement discussion between the parents. It is important that the participants be willing to compromise during the negotiations. The mediator will suggest resolutions that often require flexibility on the part of the parents in order to bring the matter to a conclusion. Once the parties have reached a settlement, a custody agreement can be finalized and filed with the court.

It is important to note that private mediation is not the same as court ordered mediation, which is often required when parents are engaged in custody litigation. A court appointed mediator is only permitted to discuss and settle parenting time and visitation issues, which can limit their ability to effectively resolve a dispute. A private mediator, on the other hand, can address additional relevant topics such as child support, property settlements, spousal support, etc.

I am an experienced family lawyer in Las Vegas, Nevada who has represented clients in costly, time consuming and stressful litigation. I am a firm believer in private mediation as an extremely beneficial approach to solving custody, divorce and other family law disputes. If you need assistance, contact my office today to speak to an attorney and private mediator.