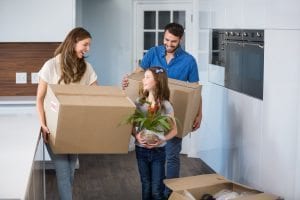 This is the next post in my series discussing how military service can impact a Las Vegas divorce and child custody case. My last post discussed how a military person is protected from active legal action while on deployment. In this post I will explain how the Court will determine if a child will be allowed to relocate outside of Las Vegas in the event the military person is transferred or the civilian parent wishes to move back to a home state.

In relocation cases where the parents share custody it is necessary for a parent to obtain permission to move a child outside of the state. This is true whether a military member has received a permanent change of station or if a civilian parent wishes to relocate closer to friends and family in another state. If the nonmoving parent is unwilling to give permission for the child’s move then the relocating parent must ask the court for permission. What then occurs is that the relocating parent must convince the court that they have sufficient grounds to be granted primary custody of the child and that a relocation is in the child’s best interest. The objecting parent has the power to argue to the court that there is no reason to change custody and that a move is not in the child’s best interest. The court will then decide whether or not to allow the child to relocate with the moving parent.

As with other relocation cases, in a military relocation case the court will consider a number of factors related to the best interest of the child. These factors will include educational opportunities the child may have in a new area, improved quality of life, better access to family members, etc. The court will also consider the quality of the parents’ relationship to one another, the moving parent’s willingness to consider to foster the child’s relationship with the nonmoving parent, and the child’s individual relationship to each parent. If a child is older a Judge will also often consider the personal wishes of the child.

As a Las Vegas family law attorney, I often work with military families. Contact my office today for a consultation if you are considered about a potential child relocation outside the state of Nevada.