How the Nevada Court Handles a Deployment During the Divorce Process 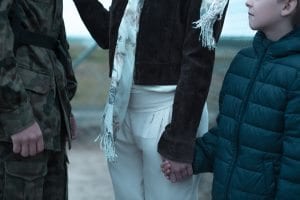 This is the next post in my series explaining what military families need to know about going through a divorce or child custody process in Nevada. My last post provided an overview of topics and explained the issues that are often a special concern for military families. In this post I will explain how the courts handle a deployment while the divorce process is happening.

When an Air Force member is deployed and on active duty then they are busy working for the United States government. Federal law recognizes that it would be inherently unfair if a civilian had the power to ambush a military member with a civil lawsuit while one is out of the country. The Service members Civil Relief Act (SCRA) automatically postpones any civil litigation that is filed against a serviceman or woman who is deployed for a ninety day period. This means that one’s spouse cannot move forward with a divorce proceeding or new child custody case while one is not present to handle the issue. If a serviceman or woman is deployed for a period longer than ninety days, then they may ask a Judge for an extension, though at this point a Judge has the discretion as to whether or not an extension should be granted.

It is unfortunate but there are times while a military person is away in which they may require legal services from overseas. If one has concerns that their spouse will move community assets while they are away, attempt to relocate outside of the state while they are gone, or are using drugs and alcohol and are a danger to their children then a military member does have options. A family law attorney can file Motions on their behalf with the Court to freeze bank accounts, order that a child remain in Nevada pending further divorce proceedings, or that a change of custody happen in the military parent’s absence. The Court is sympathetic to military members and does not wish for one to come home from active duty to find that their spouse has left without a trace with their child. If a service person suspects that something is amiss at home then the best thing to do is contact an attorney and find out what options one has.