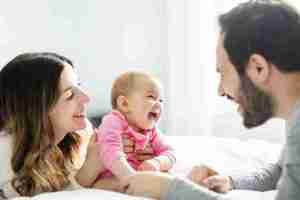 This is the next post in my series on how Las Vegas parents can potentially obtain primary custody of their children. My last article provided an overview which this series will be addressing and it also stressed the need to speak with an attorney if you are involved in a legal dispute. It is important that you retain experienced counsel to help ensure that your case is handled properly. In this article I will discuss how Nevada presumes that parents should share joint custody and when the Clark County Family Court will deviate from this presumption. If you require assistance then contact my office today to speak with a lawyer.

Nevada law presumes that a mother and a father should share “joint custody” of their kids. This means, under Rivero v. Rivero, that each parent will have the children at least forty percent of the time. If a parent wishes to have primary custody, meaning that they would have the child more than sixty percent of the time, then they must show that such an arrangement is in the best interests of the child; the Court does not concern itself with the parent’s wishes as a Judge’s sole concern is the child’s best interests. In determining what is in a child’s interests the Court will consider the child’s wishes (depending on their age and maturity), the child’s needs, the abilities of each parent to meet those needs, the source of any conflict between the parents, whether there is a history of violence, as well as other factors.

It is important to understand that the Court will look to objective and verifiable evidence when determining what is in a child’s best interests. The Court will not concern itself with vague and unsubstantiated claims that one’s counterpart is a “bad parent.” Also, any claims that are made must be supported by evidence. If, for example, a parent claims that their counterpart is an alcoholic but the individual has no arrests for DUI, no other alcohol related arrests, and has held their job long-term then the Court is unlikely to believe claims of alcoholism. When attempting to build a case for primary custody, you must do so through the methodical accumulation of substantive evidence. Failing to do so can lead to your request for custody being denied.

As a Las Vegas child custody attorney I have handled many cases in which a parent seeks to obtain status as the primary caretaker. I will use your initial consultation to help you understand what it is you should expect from the process and to formulate a plan to move your case forward. Contact my office today to speak with a lawyer.