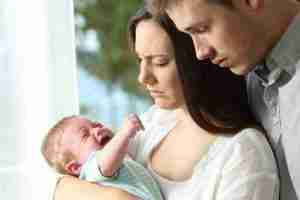 This is the next post in my series on how parents can possibly obtain primary custody of their child. My last article discussed situations in which a Las Vegas parent may possibly win primary child custody. It is important to understand that the Court’s sole concern will be the best interests of the child. The Court may find that primary custody is in the child’s best interests for reasons such as one’s parents work schedule or in more extreme cases (such as those where one parent is abusing drugs). It is important to understand that no two cases are the same and that it is best to speak with an attorney regarding your situation. In this article I will discuss the need to take immediate action in your matter. If you require assistance then contact my office today to speak with a lawyer.

Many parents, who have never been married, go years without obtaining a custody order from the Clark County Family Court. It is important to understand, however, that one factor which the Court will consider in a custody case is the “historical relationship” that the child has enjoyed with each parent. This means, for example, that if the parents have employed a 50-50 time share for several years then the Court may very well be inclined to continue that arrangement when one parent is requesting primary custody. Courts are generally inclined to stick with the “status quo” as long as it is not resulting in problems for the child. In other words, the longer you allow a particular situation to go on then the more likely the Court is to leave that situation in place. This means that a parent who wishes to have primary care of the child, but is currently operating under a more equal arrangement, should initiate Court proceedings as soon as possible.

It is also crucial that you take immediate action if you are citing an emergency situation as your basis for requesting primary custody. Say, for example, that a parent files a custody case and requests primary custody on the grounds that the other parent is somehow neglectful of the child. Now say that the accusing parent suggests that the situation has been going on for multiple years. If there is no documentation of neglect (such as CPS reports or records from school administrators) then the Judge is likely to give little credence to the claims. This is due to the fact that a parent would likely take immediate action if they thought their child was in danger. In other words, the Court would doubt that a parent would simply let their child be in a dangerous situation for years and it may be difficult for the accusing parent to then convince the Judge that they should receive primary custody. By filing an immediate action, you give credence to the reasons for which you are claiming the other parent is unfit.

These are just some of the reasons why it is important to take immediate action to protect the best interests of your child. If you require assistance then contact my office today to speak with a Las Vegas child custody lawyer. I devote my practice entirely to family law and my office is ready to assist you.