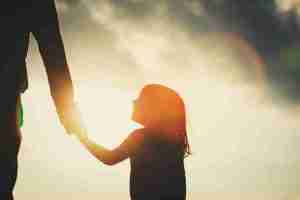 This is the next post in my series on gaining primary custody of one’s child in Las Vegas, Nevada. My last post discussed the fact that Nevada presumes parents should have joint custody of their children. This means that the Judge will begin each case with the belief that custody should be shared and will only go against this belief if such an arrangement would not be in the child’s best interests. In this article I will discuss the types of situations in which the Clark County Family Court may find that the child’s interests are best served by a situation in which a parent has primary custody. If you have questions about your situation then it is important that you consult with an attorney. Contact my office today to speak with a lawyer.

The Court will begin each case with the presumption that custody should be shared. This means, under Rivero v. Rivero, that each parent will have the child at least forty percent of the time. The Court will grant a parent primary custody if it is in the child’s best interests. When determining what is in a youth’s best interest the Court will consider factors such as the wishes of the child (depending on their age and maturity), the needs of the child, the ability of each parent to meet those needs, the source of any conflict between the parents, whether there is a history of violence between the parties, and more. It is important to understand that when considering such factors, the Court will look to objective facts and will not simply rely on general, and unsupported, claims that one is a “bad” parent.

Several different situations can result in a Court awarding primary custody to a Las Vegas parent. Some are more extreme than others. For obvious reasons, if one parent is abusing drugs, abusing or neglecting the child, or is engaging in some type of criminal activity, then the Court is likely to limit how much time that person spends with their son or daughter. On the other hand, primary custody may sometimes be awarded on the basis of something as simple as a work schedule; if, for example, a parent works nights and the child is of school age, then that parent would not have the availability necessary to care for the child forty percent of the time. It is important to understand that how the Court will rule in any given instance will depend on the particular facts of a case.

As mentioned above, the Court will look to objective evidence when making a custody determination. For example, if a parent is claiming that their counterpart is an alcoholic then they need proof of such conduct. This proof can take the form of DUI arrests, the individual having been fired for being drunk at work, or eyewitness testimony. The “discovery” process is how evidence, which the Court will consider, may be obtained. I have previously discussed how discovery is utilized in child relocation matters and those same concepts apply to cases involving custody. If you are involved in a dispute then it is vital that you retain an attorney who is familiar with the discovery process.

As a Las Vegas child custody lawyer, I regularly handle matters in which a parent wishes to have primary care of their child. Contact my office today to schedule an initial consultation.