What to Know About Same-Sex Divorce in Las Vegas 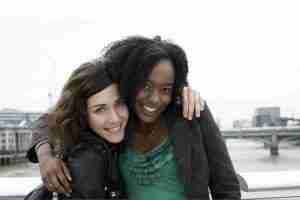 This is the next post in my series discussing unique issues which divorcing couples face if they are part of a special group or population. My last post discussed how a Las Vegas divorce is impacted when one spouse is an undocumented immigrant and living in the country illegally. In this post I will explain how the United States Supreme Court’s recent ruling regarding gay marriage will impact couple’s who wish to divorce in the state of Nevada.

The United States Supreme Court recently held that all same-sex couples should have the right to marry. This ruling delivered a long-awaited victory to committed couples who had been prevented from enjoying the legal benefits of other married couples. Unfortunately, not all loving partnerships make it for the long haul and with the privilege of marriage comes the heartache of divorce. Understandably, many of these couples who have waited for the ability to marry are not always prepared for the legal ramifications of divorce. Now that same-sex marriage is legal in Nevada the same legal standards will apply to all couples, residing in our state, who are legally married.

There is no significant difference between a divorce between to same sex partners and a heterosexual couple. As a community property state all assets and property which are part of the “community” will be divided in the event of divorce. As a presumed joint custody state, if children are involved, then a Clark County Family Court Judge will begin with the presumption that both spouses should enjoy equal custody. Child support will be calculated under Nevada’s standard formula. This formula considers both spouses’ incomes, the number of children involved, expenses related to the children, etc. Spousal support is also a possibility, regardless of gender or a couple being of the same sex. Spousal support is always awarded at a Judge’s discretion and is generally based on a number of factors including the length of the partnership, the lifestyle established in the marriage, both partners’ employability and education, and the health and age of both partners. Unlike other states Nevada’s divorce laws strive to divide all property, assets, and rights between a couple equally. This is true regardless of why the union broke down or the gender of either partner. Because of these laws a divorce between two same-sex partners is virtually indistinguishable from a heterosexual divorce.

The largest difference in same-sex divorces is that Las Vegas partners will have only been recently married. When a couple divorces after a short time, but has been in a long-term relationship for many years, then the challenge becomes determining what assets are part of the “community.” Traditionally, only assets earned during the course of the marriage are considered. However, if a couple has lived together for a long period of time, mingled their finances, purchased property together, or taken other actions that established themselves as a partnership, then a Judge may be able to take all of this information into account. Many same-sex partners worry that the majority of their time spent in a relationship will not “count” if they have only been legally married for a short period of time. Rest assured that a Clark County Family Court Judge will consider all unique circumstances of a relationship and will not make harsh decisions simply based on the length of the marriage.

If you are in a same-sex marriage and are filing for divorce then you may have questions about your rights. Contact our family law attorney today to schedule a consultation.