Proving That Child Custody Should Be Changed After A Parental Abduction In Las Vegas, Nevada 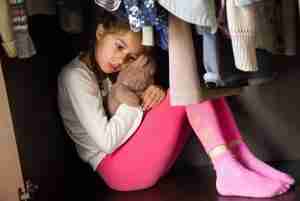 This is the next post in a series of articles discussing parental abduction cases in Las Vegas, Nevada. My previous post discussed the legal process of requesting a change in custody after an abduction has occurred. As previously mentioned in this series, what will and will not be considered a parental abduction is highly dependent upon the facts surrounding the other parent’s non-compliance with the existing custody order. Egregious events, such as absconding with the child out of the state or repeated and ongoing refusals to return the child as ordered will likely be viewed as parental abduction and may result in a modified custody arrangement. Less obvious circumstances, such as minor infractions or non-compliance for legitimate or justifiable reasons may not. Whether or not a Judge will modify custody after such an event is highly fact-specific. In this article, I will discuss how a parent may prove to the Court that custody should be modified after a parental abduction has occurred. If you need assistance, contact my office today to speak with an attorney.

When seeking to modify a previously issued custody order, the requesting parent must demonstrate to the Court that the request is based on circumstances that did not exist when the original order was issued. They must also demonstrate that modifying the order as a result of the new information is in the child’s best interest. As with other legal proceedings, the Court’s decision will be based on the objective evidence presented during the initial hearing and, ultimately, at a trial. The parent seeking the modification must be prepared to provide such evidence and cannot simply rely upon informal or unsubstantiated accusations. In each case, it is important to present as much relevant objective evidence as possible.

Such information can take a variety of forms. For instance, a parent may have documented every occasion on which their co-parent failed to return the child on time. Such information may be substantiated by written communications such as text messages or email correspondence that can be presented to the Court. If law enforcement became involved through the pick-up order process, police reports or other official documentation may be useful. The requesting parent must also demonstrate that a change in custody is warranted because the current custody order is not in the child’s best interest. Reports from teachers or school administrators that the child’s performance has worsened during the existence of the current visitation schedule may also help establish that the parenting schedules should be modified. Other new information, such as arrest records, witness testimony, or employment records showing the other parent has started using drugs or is involved in criminal activity, for instance, may further support this argument.

Your attorney will have the opportunity to gather objective evidence from third parties through the discovery process. Using depositions, subpoenas, interrogatories, or other tools available to them, your lawyer can obtain further documentation or statements to bolster your argument. Retaining counsel early in the process can help ensure that you have adequate evidence to present to the Judge. My office is dedicated to family law and child custody issues and is ready to assist you. Contact us today to speak with a Las Vegas lawyer.