The Limited Grounds On Which Annulments May Be Granted In Las Vegas, Nevada 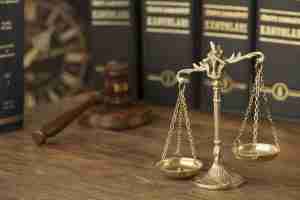 This is the next post in my series about seeking an annulment in Las Vegas, Nevada. My last article discussed Nevada’s procedure for seeking an annulment when one spouse’s location is unknown. Service by publication in a newspaper is allowable when efforts to locate the person are otherwise unsuccessful. As previously discussed, divorces are a more prevalent method of terminating a marriage because annulments are only available under very specific circumstances. In this post, I will review the limited grounds on which annulments may be granted. It is strongly suggested that you speak to an attorney in order to understand if your situation may qualify for an annulment. If you need assistance with a divorce or annulment matter, contact my office today to speak with a lawyer.

One of the limited grounds upon which Nevada will grant an annulment is fraud. In the context of an annulment, the petitioner must demonstrate that they would not have entered into the marriage but for the misrepresentation of the other person. It is not enough to show that the spouse was dishonest with the petitioner about something before the marriage. For example, lying about one’s job title before the ceremony will not likely be grounds for an annulment. In comparison, a husband who learns that his new wife misrepresented that she was pregnant in order for him to go through with the wedding ceremony seeks an annulment. The court may find that he would not have gotten married absent the fraud and therefore grant an annulment.

In addition to fraud, Nevada, like many other states, will allow a marriage to be annulled one party was not of sound mind at the time of the marriage. To seek an annulment on these grounds, one must show that the person was incompetent, or lacked the necessary capacity, at the time the wedding took place. The key point in this analysis is the timing of the incapacity. For example, a person who suffers from mental illness experienced a psychotic episode during a visit to Las Vegas. During the episode, he proposed to and married one of his traveling companions at a local chapel. The court would likely find that the illness rendered him incompetent to enter the marriage and grant an annulment. If, however, his evidence was limited to proof of episodes predating the trip, without proof of one occurring at the time of the ceremony, he may not be eligible for an annulment.

It is important to note that each situation will be determined based on its specific facts. If you are in need of assistance with a divorce or annulment matter, contact a Las Vegas family lawyer. My office is dedicated to representing clients in family law cases. Contact me today to speak with an attorney.