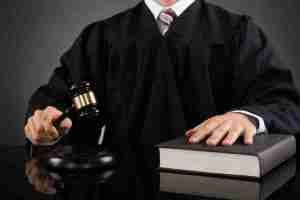 This is the fifth post in my Relocating your Children Outside of Nevada series. My last post discussed why the Discovery Process is an important part of preparing for a child relocation trial. In this post I will be discussing what happens during the evidentiary hearing and what parents should expect at trial.

When a Judge schedules a bench trial in order to decide a child relocation request, it is because the Judge feels that the Court requires more information in order to make a decision. The Court will allow or refuse a request asking to move a child based on what is in the child’s best interest. The Judge will look at facts provided during the trial such as what kind of educational opportunities the child will have at a new school, extracurricular activities, the child’s ability to adjust to a new environment, any special needs or available programs for the child, and whether the child will be able to maintain a relationship with both parents. In Family Court, it is the Judge alone who will make the final decision.

The side who is requesting a relocation will present their argument first during the evidentiary hearing. The Opposition will then have the opportunity to present their own evidence and then both sides have a chance for a rebuttal. The entire process is relatively short; most relocation cases will last half a day, and may go as long as a full day. Once the trial has concluded, the Judge will make a decision, which can take anywhere from a few hours to a few days. During the trial, both sides may utilize medical records, school records, employment letters, witnesses, government statistics, and other sources of “proof” to make their case.

At the end of the trial, the Judge will not only make a decision as to whether or not the child will be allowed to move, but he may order a specific custody and visitation schedule. In most cases, it will be in the child’s best interest to maintain a close relationship with the parent who is not awarded primary custody. Therefore, if the two parents do indeed end up living in two separate states, the Judge will ensure that a concrete plan is in place that specifies when the noncustodial parent will have contact. This plan must be followed exactly or else the custodial parent may be held in contempt of court.

My next post will discuss following the custodial order after the evidentiary hearing in more detail. If you are planning on moving out of Nevada with your child, it is important to begin the preparation process right away. Contact my office to set up an initial consultation and learn more about your options. My office servies Las Vegas, North Las Vegas, and Henderson.