The Consequences Of Failing To Follow A Custody Order In Las Vegas, Nevada – Series Overview 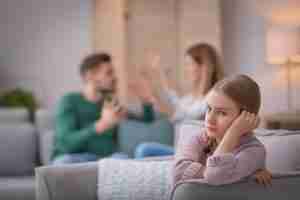 This is the first post in a series of articles discussing the consequences of not following a custody order in Las Vegas, Nevada. When the Clark County Family Court issues a child custody order, the parents subject to such an order should make every effort to abide by its terms. There are, unfortunately, some parents who refuse to do so for one reason or another. Even if a parent believes that the court order is unfair or incorrect, failing to follow an existing order can result in serious consequences for the offending parent. The goal of this series is to provide information about how violating a custody order may negatively impact one’s parental and other rights in the future. If you need assistance, contact my office today to speak with a child custody lawyer.

This series will review the following key subjects:

It is not uncommon for parents to have disagreements about child custody at some point during a shared-parenting relationship. However, when such disagreements lead to one parent ignoring a custody order, the offending parent can face serious consequences. It is important to understand these potentially adverse outcomes for several reasons. First, family court judges do not look favorably upon parents who knowingly violate an existing order. Even if one believes that they have a good reason for their actions, acting in contravention of the court’s instructions may negatively impact their parental rights. Second, in extreme circumstances, the court may modify a custody arrangement in response to a parent’s serious or ongoing violations of a custody order. Third, a parent seeking to relocate out-of-state with a child is required to obtain the permission of the court to do so. If a parent has a history of violating their custody order, the court may be less likely to grant such a request. Finally, failing to comply with a court order can not only impact one’s parental rights. A person violating a written order of the court may also be held in contempt of court, which may result in fines or jail time.

When a parent fails to follow a custody order, for whatever reason, it can not only inflame a potentially unfriendly relationship with their co-parent, but it can also result in the loss of parental rights in the future. It is important to consult with an attorney to understand your rights. I represent Las Vegas parents in a variety of family law matters, including child custody disputes. If you need assistance, contact my office to speak with a lawyer.