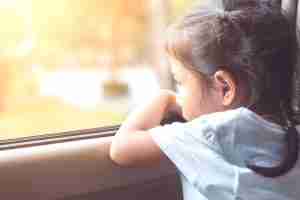 This is the first post in a series of articles in which I will discuss changing child custody after a parental abduction has occurred in Las Vegas, Nevada. When a co-parent refuses to return one’s child as required by an existing custody order, the situation can be frustrating and, at times, scary. Under certain circumstances, it may be necessary to involve the Clark County Family Court to have the child returned. In extreme cases, the Judge may consider the co-parent’s noncompliance as a parental abduction and modify a custody arrangement as a result. The goal of this series is to explain when the Court may grant a modification request following such behavior and the process of requesting such a change. If you need assistance with a child custody issue, contact my office to speak with an attorney.

This series will address the following topics:

If you have been faced with this situation, it is important to understand these issues for several reasons. First, before accusing one’s co-parent of parental abduction, it is important to understand how the Judge will view infractions of a custody arrangement. Minor or justified delays in returning a child, for instance, are not likely to be considered parental abduction. Second, many parents believe they can simply involve the police to retrieve their child from their former partner. This is not the case. Police will not likely take action to enforce a custody agreement until a pick-up order has been issued by the Court. Third, where the parent’s refusal to comply is extreme, the Judge may determine a parental abduction has occurred and modify an existing custody order as a result. Fourth, the Court will require a party requesting a change in custody to present objective evidence that a violation has occurred. I will explain the ways in which one may prove that a modification is necessary. Fifth, should the case proceed to trial, it is important for parents to know what to expect during that process.

If you need assistance enforcing a custody order, it is important to contact an attorney as soon as possible. Parents are advised to avoid engaging in self-help in such situations. I have experience working with parents to retrieve their children safely and request custody modifications when necessary. If you need assistance, contact my office today to speak with a lawyer.