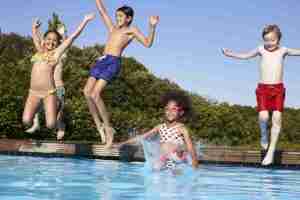 This is the last post in my series on issues that arise for Las Vegas parents during summertime visitation. Throughout this series I have addressed the legal issues I frequently see during the summer months and given advice to both custodial and noncustodial parents regarding how to handle these situations. In my final post I will summarize the series and give parents some final advice as we head towards the fall.

Las Vegas, Nevada child visitation and custody conflicts can be avoided by planning ahead for the summer months

During this series I discussed several issues that frequently occur when parents live in separate states or on opposite ends of our city. In such situations the Court will often award the noncustodial parent extended visitation in the summer months; by planning ahead common conflicts can be avoided. In my post on interstate child visitation, I discussed why it is important for your child custody order to specify who is to pay for traveling costs to and from Nevada. It is also important to have travel plans worked out as soon as possible, so that all parties know how you will transfer your child back and forth. I also advised parents to make any major life changes early in the summer and file a motion with the court as early as possible if legal action will be necessary. In my post on changing school districts I advised parents to file a motion early in the summer if they would like to make a change to where the child will go to school in the fall time. I also advised noncustodial parents, who wish to file for full custody, to make plans early and establish a change in circumstances to justify the motion. By planning for changes in your child’s life you will give the Court ample amount of time to hear your case and provide your child a sense of stability. Taking action early can make your experience in Las Vegas’ Family Court’s much smoother.

I also addressed how to address problems that occur because of the child’s behavior. In my post on what to do if a child refuses to participate in visitation, I advised parents to avoid taking legal action when possible. It is important for parents to present a united front, while attempting to understand their child’s needs and concerns. However, if a child is older, the court will consider revoking visitation if the child feels strongly about not visiting with the other parent. I also discussed what parents may do if their child breaks the law or uses illegal substances while in their custody. I again advised parents to communicate with one another regarding any serious issues the child may have, and to keep rules and punishments consistent across households.

Many of the issues I discussed across this series should be handled privately whenever possible. Going to court is stressful for children and whenever parents can work out a solution amongst themselves the children will benefit. However, that is not always possible and if a conflict has arisen that requires an intervention then it is important to contact your lawyer as soon as possible. Many summer visitation issues take time to be addressed. If you are in need of a family law attorney in Las Vegas, Nevada then contact our office today.