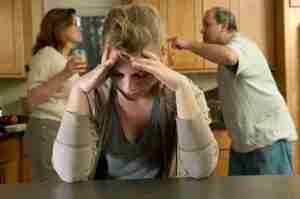 This is the first post in a series I will be writing that is to address what every parent needs to know about how to proceed if one parent does not follow a custody order. I am writing this series because there are many different ways in which a parent can violate a custody order, but the level of severity will have an impact on how one should respond. During this series I will address what to do in all types of cases from parental abductions to a disagreement between parents. I will also address what steps, if any, should be taken after an incident.

Specific topics I will address include:

It is not unusual for parents to have some type of disagreement over a custody issue at some point in a child’s life. How one goes about handling the issue is important from both a legal standpoint and for the child’s well being. The first step is to identify the severity of the conflict. In the vast majority of cases the two parents are having some type of disagreement which involves one parent refusing to return a child to the other. The reason behind the refusal will dictate whether one should go to Court. In cases in which the child is refusing to follow the Court order it is often best to handle the matter internally as a family. However, if the parents are having a serious disagreement over whether or not one parent should retain custody then it may be necessary to have a Judge sign an Order or Return. It may further be necessary for one parent to file for a custody change in order to take their concerns to Court.

If you are a parent and your ex is refusing to provide the child during your Court Ordered custodial time then it is important to contact a family law attorney right away. Failing to address the matter promptly may result in a Judge viewing your argument in a more unfavorable light later on down the line. Call our Las Vegas family law lawyer today and schedule a consultation.