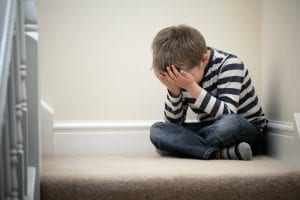 This is my third post in my “Medical Marijuana in Nevada” series. My last post discussed how the Las Vegas, Nevada family courts view medical marijuana, and the impact abuse can potentially have on one parent’s custody of a child. In this post we will discuss action the non-using parent may take if they believe a parent is abusing their marijuana prescription while the child is in their custody. Even if a parent has a prescription, the Court takes the well-being of the child seriously, and will step in if a parent does not have the capacity to care or properly supervise a child.

If you suspect that a parent is abusing marijuana while your children are in their custody, proving or disproving the suspicion is relatively simple. The first step is to schedule a consult with a Las Vegas child custody attorney to discuss the suspicions and your reasons behind your belief. Your attorney will ask you questions about your ex-partner’s erratic behavior, signs of negligent parenting, or any evidence that the other parent has put your child in danger. If your ex-partner has a prescription for medical marijuana, then your burden will not be to prove that they are using a substance, but that they are abusing it.

The Court will distinguish between medical use and abuse based on a number of things. First they will look at if the parent is using more marijuana than has been prescribed by their doctor. They will also look at if the parent’s marijuana use is impairing their ability to fulfill their obligations as a parent. Examples of abuse might include being in an altered state of mind while supervising children, and being unable to react or take appropriate action in the event of an emergency. It may also mean missing work due to drug use, driving under the influence while children are in the vehicle, or missing child related appointments due to drug use.

How a Las Vegas, Nevada child custody lawyer can begin the legal process of collecting evidence of marijuana abuse

In order to start the process of changing custody, your family law attorney will file a Motion with the court. Your Motion will be based on the other parent’s abuse of marijuana and any other relevant facts. A Judge will likely order the other parent to go for drug testing at a reputable lab. The parent can then be forced to sign a HIPPA release, so that their prescribing physician can provide information to the Court regarding the marijuana treatment. Your lawyer will then begin the discovery process of subpoenaing your ex-partner’s medical documents and records from marijuana dispensaries. The evidence collected in discovery will be used at trial to prove or disprove that the parent is abusing their prescription.

If you live in Las Vegas, Nevada and suspect that a parent is abusing marijuana while caring for your child, contact our office immediately. My next post will discuss the trial process.