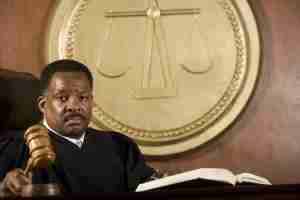 This is the next post in a series of articles discussing the consequences of failing to comply with an existing child custody order in Las Vegas, Nevada. Violations of court orders can have serious ramifications. My last article discussed how a parent’s non-compliance can lead to the denial of their request to relocate out of the state with their child in the future. An important element in the court’s analysis is the impact the move may have on the child’s relationship with their other parent. The court may consider previous violations of a visitation order by the requesting parent as an indication of their unwillingness to comply with a new arrangement in the future. In this article, I will address when a parent’s failure to comply with a custody order may result in contempt of court charges. If you need assistance with a child custody dispute, contact my office today to speak with an attorney.

As we have previously discussed in this series, disobeying a court’s order regarding child custody can have a negative impact on one’s parental rights. In addition, failing to follow a written order of the court can result in contempt of court charges. Contempt is taken seriously by the Clark County Family Court and may be punishable by sanctions, fines, or incarceration. A person held in contempt may also be required to pay their co-parent’s legal fees related to the enforcement action. A party seeking to enforce a custody order can ask the judge to hold the violating parent in contempt or the judge may impose the charge on their own. Generally speaking, the more serious the non-compliance, the more serious the punishment for contempt. Judges often propose alternative solutions other than immediate incarceration unless the violation is blatant or extreme.

Consider the following example. A mother and father divorce and are ordered to share custody of their two young sons. Under their written custody order, the parents are supposed to alternate weeks with the kids on a week-on, week-off schedule. The mother, who had attempted to win full custody, was unhappy with the court’s order. For the first six months after their case was finalized, she blatantly refuses to allow the kids to stay with their father except for every other weekend despite his repeated requests for her compliance. He files an enforcement request and asks the court to hold her in contempt. Because her violation of the order was willful and extreme, resulting in the loss of significant visitation time for the father, the judge holds her in contempt of court. While her actions may be serious enough to warrant jail time, the court may issue a suspended sentence, pending her ongoing compliance with the order. If the father reports additional violations, the sentence would be put into effect requiring her incarceration. How the court will rule in any given case will be based on the specific facts of each situation.

If your co-parent is failing to comply with an existing child custody order, you may not know how to rectify the situation. Working with an experienced family lawyer can help you enforce your current order and protect your rights. If you need assistance, contact my office today to speak with a Las Vegas family attorney.