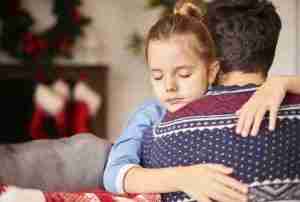 This is my fourth post in my “Medical Marijuana in Nevada” series. My last post discussed what actions a non-using parent can take if they suspect another parent is abusing a medical marijuana prescription while caring for children. In this post, we will talk about what happens in a change of custody trial, and what parents can expect throughout the process.

Child custody matters in Las Vegas are heard by the Clark County Family Court. It is important to remember that you are not in criminal court if you have requested a change in your custody order due to suspected marijuana abuse. The ultimate goal is to prove why you believe that the other parent is unfit in some way to continue caring for children under the current custody arrangement.

During the trial, your child custody lawyer will call several witnesses. The purpose of these witnesses will be to prove two points; one that the opposing parent is abusing marijuana, and two, that this marijuana abuse is putting the children at risk. The opposing party’s physician may be called as a witness, as well as workers at the marijuana dispensary the parent utilizes. The opposing party will also be asked to cooperate in a drug test to determine how much THC is currently in their system. Your attorney will attempt to prove that the opposing party is using marijuana beyond their medical needs. Your attorney will also attempt to prove at trial that the amount of marijuana the other party is using is leading to an impairment in functioning and/or judgment. Witnesses who may be called to testify to this fact may include teachers, family members, day care workers, or other persons familiar with the other parent’s day to day behaviors. If Child Protective Services has been called to investigate, or if the other parent has been involved in any DUI traffic stops, appropriate witnesses from these events may be called as well.

During a change in custody trial, it will also be important for the complaining parent to prove that they can provide a suitable environment for children. If the moving parent already has primary or joint custody, this is a relatively easy argument to make. However, if the moving parent has been denied joint custody in the past, they will need to prove that their circumstances have changed. Prior to trial, your attorney will work with you to ensure that your living environment is safe and appropriate for children. By planning ahead and addressing any issues that have kept you from receiving custody in the past, your attorney can effectively argue to the Judge that you are capable of handling primary custody.

With the opening of medical marijuana dispensaries in Las Vegas, more and more parents will begin to face the problem of one parent abusing their prescription. If you are worried about your children, it is important to hire an attorney who is up to date on changing medical marijuana laws. Contact our office today and learn how we can begin to assist your family.