Steps to Take Before Beginning a Child Relocation Case in Las Vegas, Nevada 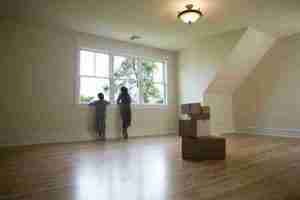 This is the second post in my series on Relocating Your Children Outside of Nevada. My last discussion provided a general overview of this series and discussed the common mistake of waiting until the last minute to initiate court proceedings. In this article I will discuss how parents who wish to relocate should proceed.

Parents often wish to relocate outside of Las Vegas without having a laid out plan for doing so. The simple truth is that Nevada law does not allow one to move their child at an unspecified time to an unspecified place so that they can work in an unspecified job. In other words, “I want to move” will not gain you permission to relocate outside of our state. In any move request the Court is going to want to see specific details about the move and a legitimate reason for the relocation. The higher level of specifics you are able to provide then the more likely the Court is to grant the request.

If you wish to move your child outside of our state then there are several things you should do before meeting with an attorney. First, you must know what area you are moving to. Second, you should have employment or means of support lined up. Third, you should have a time frame as to when you will be moving. Finally, you should develop a proposed visitation schedule for the other parent which ensures that the parent being left behind has adequate visitation, with the child, in Nevada. Again, the higher the level of specifics you provide in these areas then the more likely you are to have your move request granted.

As I discussed in my last post, the process for gaining permission to relocate takes time. Once you have begun developing the specifics discussed above then you should immediately consult with a Las Vegas family law attorney. Retaining a lawyer immediately allows for two things. First, it allows you to know sooner, rather than at the last minute, if you have a sufficient enough plan to have your request granted. Second, it allows your new lawyer to contact your ex and see if an agreement on relocation can be reached. Parents are often convinced that the other parent will not agree to a move. Often, however, after a phone call from an attorney it becomes possible to reach an arrangement, to the surprise of the moving party. Quickly retaining an attorney can also assist the parties in attending an early mediation and possibly reaching a resolution.