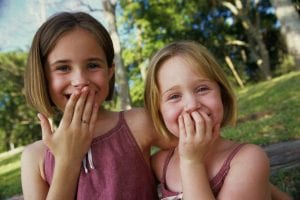 This is the sixth post in my series on issues Las Vegas parents frequently encounter during their summertime visitation. My last post discussed what to do if the parents cannot agree on which Clark County school the child will attend for the fall. This article discusses what to do if you wish to retain custody of a child who has been visiting you during the summer.

Las Vegas parents often request, for a variety of reasons, to change child custody during the summer. First, as I discussed in my last post, it is not uncommon for one parent to move to another part of Las Vegas during the summer months. This often creates a situation where it is not practical for the child to split his time with both parents equally even if that has been the prior arrangement. If the parent who has moved wishes to enroll the child in a new school district then the parent may need primary custody of the child. Such requests to change custody should be filed immediately.

The second scenario that frequently occurs is that parents live in two separate states and the noncustodial parent does not wish to return the child at the end of summer visitation. This can be because the parent is either having difficulty letting go of the child or has come to believe that returning home is against the child’s best interests. The longer you wait to file a request to change custody then the more difficult it will be to have the Judge issue a decision before the child must be returned. If you do not file your motion early in the summer, and have not received a ruling before the date on which the child is to return, then you must return your child to the custodial parent on time. Not doing so is a violation of your custody order. This can result in your being held in contempt of court and possibly having future visitation restricted. In other words, contact an attorney immediately if you wish to modify custody.

Nevada does not allow you to request a custody change simply because you want one. Under the Ellis decision a parent wishing to change custody must demonstrate that circumstances have substantially changed since the last custody order. The parent must also show that, due to the changed circumstances, a new custody arrangement is in the best interest of the children and would substantially benefit their welfare. Las Vegas parents who do not meet both of these requirements will find their case quickly shut down by a Clark County Family Court Judge.

As summer comes to a close, if you believe a modification to the custody arrangement is necessary, contact a Las Vegas child custody lawyer immediately. Your attorney will discuss with you the reasons behind your request and will help you put together the best argument in your favor. Do not wait until school starts, begin the court process today.