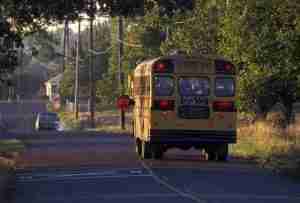 This is the fifth post in my series on summertime issues faced by Nevada parents who share child custody. My last post discussed issues both parents should be aware of if your teenager is displaying behavioral problems. This post discusses an issue which frequently occurs when one parent moves to a different part of town during the summer – how to proceed when there is a dispute over which school the child will attend. It may be necessary for you to contact Las Vegas child custody lawyer to resolve this conflict.

Every parent wants the best for their child. This is why parents often have specific preferences in regards to what school the child will attend. Arguments over Clark County, Nevada school zones often occur when one parent moves from one zone to another or when a child transitions from middle school to high school. Parents are often awarded joint custody in Nevada. Under the Rivero decision this means that the child spends at least forty percent of the time with each parent. This arrangement works best when both parents live relatively close to one another and the child can seamlessly move from one house to another while attending school. However, if parents have joint custody, and then one parent moves to a different school district, arguments can occur over which school the child will attend. If the Clark County Family Court decides which school the child is going to be attending then it will do so based on the best interests of the child. It is important to contact a Las Vegas child custody lawyer immediately if you know you are relocating to a new school zone. Do not wait until the beginning of the school year to resolve the issue.

Unfortunately, Las Vegas parents often wait until the week before school starts to begin resolving conflicts over which school their child will attend. This is highly problematic if the Parties are going to need the issue resolved by a Judge. The process of filing a Motion, and having a Judge resolve the issue, takes time and Judges are often frustrated with parents who wait until the last minute. Also, waiting until the last minute will create anxiety for your child as school attendance is a major issue.

If you are in a disagreement with your child’s parent over where to send your child to school this September, do not wait. Contact a Las Vegas child custody attorney today and begin the court process.