How A Recession Can Impact Child Support In Las Vegas, Nevada 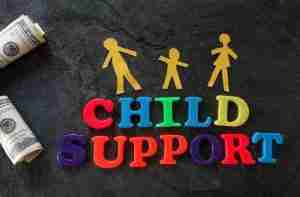 This is the next post in my series on the broader impact which a recession can have in Las Vegas, Nevada child custody cases. My last article discussed how economic downturns can impact child relocation requests. The Clark County Family Court can be understanding of move away requests which are based on the loss of a job. How the Court will rule in any given circumstance, however, will always depend on the specific facts of the case. It is best to discuss your situation with an experienced attorney as soon as possible. If you or a loved one are in need of assistance then contact my office today to speak with a lawyer.

It is important for parents to understand that a child support order, from the Clark County Family Court, is just like any other order from the Court. It must be followed. If a paying parent fails to follow the order then they risk being held in contempt of court. The penalties for contempt can include jail time, fines, and having to pay the other side’s legal fees. Unfortunately, it is not uncommon for a parent, who has lost their job, to simply start paying less in child support (due to their reduced income) without gaining a modification of the Court’s order. This can result in a parent being held in contempt as the order must be followed until it is modified. In other words, if one’s income goes down, then they must still follow the Court order.

If a parent has lost their job then the best course of action is to immediately file a request to modify child support. If the request is granted, then the Court will often make any adjustments retroactive to the date on which the Motion was filed. This concept is best explained by way of example. Suppose a parent is laid off from his or her job at the end of February. On March 1st, that parent files a Motion to lower their child support to an amount that is in line with their current income. The Court hears the Motion in the middle of April and grants it (lowering the parent’s support obligation). That lowered amount is what the parent will be required to pay for March (due to the filing date of the Motion) even though the request was not granted until April. In other words, you help to ensure your ability to pay a lower amount by filing the request sooner as opposed to later.

It is important to understand that the Court will not automatically grant a support reduction simply because the paying parent’s income went down. It may be necessary for the requesting parent to show that they are not “underemployed.” This is an issue which I will address in a future article. If you believe that you wish to file for a support modification then it is strongly suggested that you speak with an attorney in order to gain an understanding of how the Court may rule in your situation. As a Las Vegas child support lawyer, I am able to assist in such matters. Contact my office today to schedule an initial consultation.