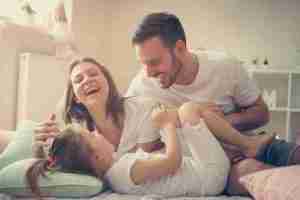 This is the next post in my series on the process of gaining primary child custody in Las Vegas, Nevada. My last article explained why parents should immediately initiate child custody proceedings if they are unhappy with their current arrangement. It is important to understand that Courts will often give deference to the arrangement currently employed by the parents if it is shown that they have been following it for some time. By waiting to initiate a case, you run the risk of the Judge sticking with the “status quo.” An attorney can help you to initiate a case as soon as possible. In this article I will discuss a topic which often leads to misunderstanding amongst parents – the fact that Nevada views the rights of a mother and those of a father as being equal. If you require assistance then contact my office today to speak with a lawyer.

Many parents operate under the belief that the Clark County Family Court will show preference to the mother in child custody proceedings. The fact of the matter, however, is that Nevada is like many other states in that it has no parental preference on the basis of gender. In fact, the Court will begin each case with the presumption that the parents should share joint legal and physical custody. In other words, the Court will start off with the idea that custody should be shared. If a parent wishes to obtain primary custody then they must show that a joint arrangement would not be in the best interests of the child. When determining what is in the child’s best interests, the Court will consider factors such as the child’s wishes (depending on their age and maturity), the cause of any tension between the parents, the willingness of each parent to work with the other, whether there have been any acts of domestic violence, etc. Again, the Court is concerned with protecting the interests of the child and not those of the parents.

When determining what is in the child’s best interests, a Judge will typically look to objective evidence. It is typical in family law proceedings for each parent to make blanket allegations that their counterpart is “bad” or “unfit.” If an allegation is not supported by evidence then a Judge is likely to give it little credence. Say, for example, that Parent 1 claims that Parent 2 is an alcoholic. If Parent 2 has never been arrested for DUI, has never had any public incidents stemming for alcohol use, and has held the same job for years without coming to work drunk, then the Judge is unlikely to view the claims as credible. Examples of credible evidence can include police records, other public information, documented communications (such as texts, emails, phone records, etc.). It is vital to understand that how the Court will rule, in any given case, is going to depend on the specific facts of the situation. Again, gender will play no part in the Judge’s decision.

If you or a loved one are going through a child custody dispute then contact my office today to speak with a Las Vegas lawyer. I devote my practice to domestic relations law and I take great pride in the level of service my firm provides. Call today to speak with an attorney.