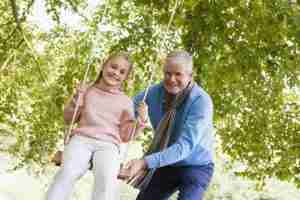 Losing one’s child is a heartbreaking experience. Losing the ability to see one’s grandchildren as a result makes such a loss even more devastating. Unfortunately when a person’s adult child, who has primary custody of the same person’s grandchild passes away it can become difficult to continue a relationship with the grandchildren. Nevada law is straightforward.  If one parent dies then the other parent is automatically granted custody unless the second parent has had their rights terminated. This is true whether the parent has been actively involved in their child’s life or if they have not had contact with them in many years. Understandably, this is often not an ideal situation, and many grandparents wish to step in and care for the children. There are avenues through which a grandparent may be able to care for the grandchild.

If your adult child has passed away, and you are concerned about your grandchildren’s future, you may have options. Contact Las Vegas grandparents’ rights lawyer Kari Molnar today to schedule a consultation.