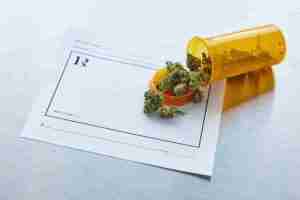 This is my fifth and final post in my medical marijuana in Nevada series. Medical marijuana laws have not heavily impacted child custody cases since going into effect in 2001 because Las Vegas has actively blocked the opening of dispensaries. New regulations have now been passed and dispensaries were given a green light to open in April, 2014. Throughout this series, I have discussed the major issues that parents with a medical marijuana card will need to be aware of.

In the second post of this series, I discussed how the courts will view a medical marijuana prescription. For parents who use medical marijuana for chronic pain, anxiety, and other medical issues there is both good news and bad news. The good news is that the courts will view medical marijuana a legitimate medical therapy just as they would any other prescription drug. The bad news is that the courts frequently suspend custody of parents who abuse other legal narcotics and medical marijuana is no different. The court will put the well-being of your child above all else, and if your judgment is impaired due to your marijuana use, then the court may suspend custody. This means that if you use medical marijuana, you may wish to speak to your attorney regarding whether or not it is wise to use marijuana while your children are in your care. If you are not able to suspend your medical marijuana use while your children are in your custody, you may wish to take precautions such as only using marijuana while they are asleep, having another adult drive them to appointments, and ensuring that your dosage does not impede your abilities to parent.

My third post discussed what non-using parents can do if they believe their child’s other parent is abusing medical marijuana. Once you contact your Las Vegas family law attorney, a motion can be filed to change custody or request supervised visitation. The fourth post of this series discussed the trial process, and the steps the family court judge will take in order to determine if the parent is abusing medical marijuana beyond their prescription.

I strongly advise any parent who has a medical marijuana card to use their prescription conservatively. As with other legal drugs such as alcohol, the courts do not care using a substance is legal if a parent’s use is endangering a child. Parents should take steps to ensure that a sober adult is present with the children if they know their faculties will be impaired. If you are a parent who is worried about how their medical marijuana prescription will impact their child custody case, contact our office today.