Las Vegas Parents Should Understand The Limitations Of “Teenage Discretion” 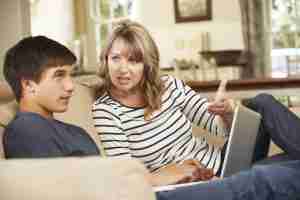 This is the next article in my discussion on how the concept of “teenage discretion” can impact Las Vegas child custody cases. My last post looked at situations in which a Judge may revoke teenage discretion. Clark County Family Court Judges may be willing to take such action if it is shown that the discretion is simply acting as a license for the child to engage in behavior which is not in their best interests. It is suggested that you speak with an attorney to gain an understanding of whether the Court may take action in your given situation. In this article I will discuss some of the limitations which apply to the concept of teenage discretion. If you or a family member are in need of assistance then contact my office today to speak with a lawyer.

These limitations exist under Nevada law for a good reason. While giving a teenager discretion over their situation has benefits, it cannot be used as a way for a child to de facto overrule the Judge’s custody order. While a teenager is often given a large amount of input over their situation, they are not considered old enough to decide whether or not they will have a relationship with one of their parents. If a Court orders a child to spend a certain amount of time with a parent, and that visitation does not occur, the Court may review the situation anew. The result may be the Judge modifying or removing the discretion which has been given to the child.

It is also important to understand that limitations exist in regard to the parent whom the child has chosen to live with. It is considered to be in the best interest of the child for a parent to foster a relationship between that child and their counterpart. This means that if you are Parent “A” and the child has chosen to live you with you, then you are under an obligation to encourage the child to follow through on the time they are required to spend with your counterpart. Failing to do so may be seen as an effort to frustrate your counterpart’s relationship with the child and may result in the Court modifying the custody arrangement.

If you are a Las Vegas parent, then contact my office if you have questions regarding teenage discretion in Nevada child custody cases. My office practices exclusively in the area of family law and I am experienced in handling such matters. My office takes pride in providing a high level of service and I am ready to assist you. Call today to speak with a lawyer.