How Las Vegas Parents Can Deal With False CPS Claims 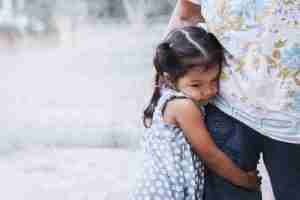 This is the first post in a series in which I will discuss how Las Vegas parents can deal with false claims that have been made to Child Protective Services (CPS). I have decided to write on this topic due to the fact that, unfortunately, many parents will make false claims in an effort to gain custody of a child. The good news is that there are options available to parents who find themselves on the wrong end of such accusations. The goal of my coming articles is to provide information which will help people in understanding how to deal with such situations. It is also my goal for this information to assist individuals in their choice of a family law attorney. If you require assistance then contact my office today to speak with a lawyer.

I will be addressing several topics over my coming articles. Issues which I will analyze include:

These are important topics for parents to understand. First, CPS will immediately investigate the matter and it is not uncommon for the accusing parent to immediately file a motion to modify child custody. Second, the Court will typically defer a decision on the matter until the underlying CPS case has been resolved through Abuse & Neglect Court. Third, there are steps you can take to defend yourself against false accusations. Finally, under Nevada law, false claims may give you a basis to request a change in child custody.

One point I cannot stress enough is that you should contact a Las Vegas CPS lawyer immediately if you are being subjected to false accusations. Many parents make the mistake of thinking that the matter is “no big deal” due to the fact that the claims are false. It is important to understand, however, that the Court will take the matter quite seriously and you may lose custody of your children if you do not take adequate steps to protect yourself. I have handled such matters on behalf of parents and my office is ready to assist you. Contact us today to speak with an attorney.