How Las Vegas Parents Can Defend Themselves Against False CPS Allegations 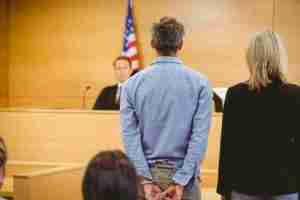 This is the next post in my series on how Las Vegas parents can deal with false allegations which have been made to Child Protective Services (CPS). My last article discussed how the Clark County Family Court typically handles false CPS claims. It is important to understand that how the Court proceeds in the matter will depend on whether the claim is substantiated or unsubstantiated. I cannot stress enough the fact that you should contact an attorney immediately if you are facing such allegations. If you require assistance then contact my office today to speak with a lawyer.

If you are facing false CPS allegations then it is vital that you immediately begin building a defense on your behalf. A defense will typically consist of two components. First, you will want to accumulate evidence showing that the claims are false. Second, you will want to build a case showing the motivations of the person (typically the other parent) making the accusations. I will discuss each of these matters in turn.

Establishing evidence that the claims are false will depend on the nature of the case. If the claims revolve around drug use then CPS will usually require immediate drug testing. For obvious reasons, whether such claims are false will quickly be evident. If the claims revolve around issues such as an unsanitary living environment then photos of the residence, from different times, can be offered as proof to show that the residence is typically kept in a clean state. If claims of physical abuse are brought than evidence such as photos, video, and witness testimony may refute claims of abuse or neglect.

In a CPS cases, which is based on false accusations, it is also helpful to show the motivations of the parent making such claims. It is an unfortunate fact that parents sometimes make false accusations in an effort to gain custody of a child. Cases which include such accusations often involve a tension-ridden and tumultuous relationship between the parents. Proof of such tensions can be offered as a way of demonstrating the accusing parent’s motivations. Such proof can include text messages, emails, social media postings, and other documentation. Witness testimony can also be offered in these types of cases. Showing that the other parent has a motivation to lie is helpful to defending against the charges and in bringing a subsequent request to modify custody.

If you are facing false CPS allegations then it is important that you retain an attorney immediately. As a Las Vegas CPS lawyer I have handled such matters. My office is ready to assist you.