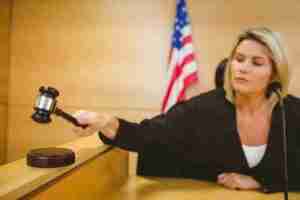 This is the next post in my series discussing what a Las Vegas parent needs to know if either the parent with primary custody or the parent with visitation privileges refuses to follow the Court’s existing orders. My previous post explained when a Judge is likely to grant an outright change to the custody order. In this post, I will provide more insight into what a parent can expect from the process.

If a parent is refusing to follow the custodial order put in place by the Court then it is important to take action immediately for multiple reasons. First, if a parent allows an arrangement that is not part of the custody order to go on for a significant amount of time – for instance, years- then a Judge will question how serious a parent is about spending time with their child, or how big of a problem the current status quo is. Second, the longer one waits to go to Court then the less likely the Judge will be to expedite the process.

If one believes their case will require a change of custody trial then a parent should be prepared for the process. First, the complaining parent’s attorney will file a motion with the Court requesting a hearing to consider a change in the custody order. At the hearing, your attorney will briefly state why the parent believes that a change in custody is necessary. If the Judge believes that there is sufficient reason to consider this request then a change of custody trial will be scheduled. If a Judge believes the request is frivolous then he or she will deny the motion and the current custody order will remain in place. If a change of custody was requested because one parent is not following the current order then the Judge may also choose to give one or both parents a warning while scheduling a status hearing for a later date to see if the parents have worked out their differences.

If a trial is scheduled then one’s attorney will prepare to build their case through the process of discovery. This means that your attorney will request specific information from the other side, such as proof of work schedules, financial records, travel records, the child’s activity schedule, etc. The information your attorney requires depends on the specifics of the case and why the custodial schedule is not being followed.

When it is time for one’s trial, the Judge alone will decide the outcome. There will not be a Jury, and the Judge will make his decision the same day. Both sides will have the opportunity to present their evidence, and the Judge may ask each attorney questions. Unlike a criminal trial change in custody trials are relatively short. At the end of the trial the Judge will make his or her decision. If changes to the custody order are made, then both parents will be obligated to follow the order, and a new request to change the order cannot be made unless a new significant event takes place to warrant a change. Contact my office today to speak with a Las Vegas child custody attorney.