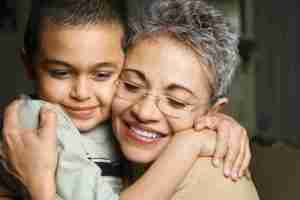 It is devastating for a parent if their child is convicted of a crime and sentenced to prison. Many grandparents immediately worry about what will happen to their grandchildren in such instances. Unfortunately, it is not uncommon for both parents to be incarcerated at the same time. When this happens then there may be a dispute between the grandparents as to who should take guardianship.  If both sets of grandparents wish to have guardianship of the children then a Clark County Family Court Judge will decide which grandparents are more likely to protect the children’s best interests.

Another common scenario occurs. This other scenario is when a grandparent’s adult child is incarcerated and that grandparent does not get along with the non-incarcerated custodial parent. This may result in the grandparents being allowed to see their grandchildren less than they had prior to the first parent’s incarceration. A Las Vegas grandparent facing such circumstances will only have visitation rights under certain circumstances. If the non-incarcerated parent has custody and does not wish to allow the children to see the grandparents then that wish will be presumed valid by the Court. However, if the grandparents have resided with the child for a period of time, or have had a significant close relationship, then it may be possible to ask the court for a visitation order.

Las Vegas grandparent rights lawyer Kari Molnar may be able to help if your child has been incarcerated and their prison sentence has resulted in you seeing your grandchildren less often. Contact our office today to set up an initial consultation.