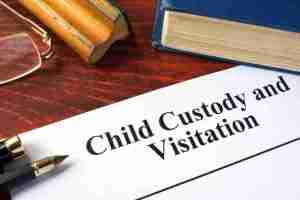 This is the next post in my series on the handling of cases which involve false claims to Child Protective Services. My last article discussed how Las Vegas parents can defend themselves against false CPS allegations. It is important to understand that Courts recognize the fact that such claims are sometimes exaggerated by attempting to gain an advantage in Clark County Family Court proceedings. It is vital that you retain an experienced lawyer to help you defend against any such allegations. In this article I will discuss an important topic – the process of changing custody on the basis of a false claim having been made.

Parents may wish to file for a change of custody after they have successfully defended false allegations. The Court will be open to changing custody on this basis as the making of false claims represents the accusing parent’s efforts to stymie the parent-child relationship. Under Nevada law, these types of efforts are seen as not being in the best interests of the child or children. This is why, in the Mack-Manley decision, the Nevada Supreme Court held that false claims to CPS were a basis to reduce the accusing parent’s time with the child.

The first step in modifying child custody is to file a Motion with the Court. This is a formal document in which your attorney will state the facts of the case, citations to relevant law, and the new schedule which you are requesting. The other parent will then have the opportunity to file an Opposition and you will have the opportunity to file a Reply. The Court will hold a hearing, which can have several possible outcomes. These outcomes can include an immediate change of custody, a denial of the Motion, and the possible setting of an evidentiary hearing. How the Court will rule, in any given situation, will always be dependent on the facts of the case.

It is important to understand that the Court will view a family’s entire situation when deciding whether to modify child custody. In cases involving false CPS claims, the Court will often distinguish between inaccurate claims, in which a parent made a good faith claim which was found to be unsubstantiated, and claims which were blatant fabrications. The Court will also look at other factors, such as conflict between the parents, the needs of the child, and the child’s wishes (depending on the child’s age and maturity). Given that no two cases are alike, it is strongly suggested that you retain experienced counsel to assist you.

Contact my office today to speak with a Las Vegas child custody lawyer. I have handled many matters which involved claims to CPS and I am ready to assist you.