How an Inheritance is Distributed During a Las Vegas Divorce 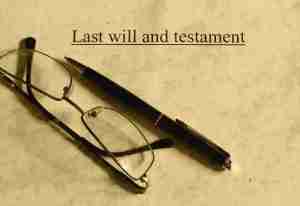 This is the next post in my series discussing how Nevada’s community property laws impact the divorce of Las Vegas residents. My last article discussed how Courts distribute property when a couple owns a small business. In this discussion I will look at whether inheritance money, assets, or property will be considered community property during a divorce.

Money or assets which have been left to one spouse as the result of an inheritance will generally be considered sole and separate property in the event of a Nevada divorce. When an heir is named in a will then the property or monetary gift that is given belongs to the heir alone. However, if the inherited gift, whether it be property, stocks, or cash, is commingled with other marital assets then lines become much more murky.

For example, if one member of a couple is gifted $10,000 and places that money into an account or into stocks with their sole name on it then the money would be considered separate property. However, if the couple adds money to the account or buys additional stocks with community earned money then the account would likely become community property. The same is true for property. If one member of a couple is gifted a house in a will then the house is theirs. However, if the other spouse pays for renovations, or large home improvements, they may be able to make a claim that they have increased the value of the home. This, in turn, may entitle them to a portion of the increased value.

Las Vegas Family Court Judges will be able to determine whether inherited property was commingled during a marriage. One’s divorce attorney will be able to use the discovery process to create a financial trail that will trace the funds. This discovery may entail obtaining bank statements, investment records, subpoenaing gambling records, and taking sworn testimony in regards to a financial history. While the inheritance will typically be claimed as separate, by the spouse who initially received the funds, the fact of the matter is that it will be divided at the time of divorce if the Judge feels it has not been kept separate.

Nevada’s community property laws present issues which many believe to be straightforward but present challenges once placed into application. If you are going through a divorce and there is a dispute over how inherited assets should be divided then it is crucial that you contact a lawyer immediately to understand the extent of your rights.