Filing A Relocation Request in the State of Nevada 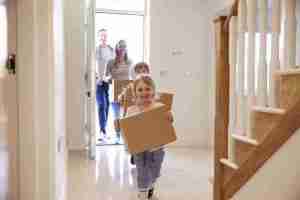 This is the third post in my series on Relocating your Children Outside of Nevada. My last post discussed steps that a parent who wishes to relocate should take prior to calling a family law attorney. In this post I will be explaining what the process of filing the relocation request looks like and what happens at the first relocation hearing.

A parent who wishes to move outside of Nevada with their child must ask the Court’s permission first. This is true regardless of the current child custody arrangement. Many parents with primary custody mistakenly believe that they have a right to move to any state of their choosing; it is a mistake to see the relocation process as a mere formality. Clark County Family Court Judges have, and will, deny relocation requests that they do not see as being in a child’s best interest. Therefore, it is the responsibility of the parent to take on the burden and prove that moving outside of the state will benefit their child.

If you are in Las Vegas then the legal process will begin by having your family law attorney file a Motion with the Court. This motion will explain your reasons for wishing to relocate and how such a move will benefit your children. It is important that a clear and concise argument is made to the Court and it is not recommended for parents to attempt to file their own paperwork. The relocating parent will be assigned an initial hearing date once the Motion has been filed. The non-moving parent will also be served with paperwork. This informs them of your request to move. The parent will then have the opportunity to file an Opposition to fight your request.

At the initial hearing, the judge will provide the requesting parent one of four answers. First, the Judge has the option to grant the relocation request on the spot. This may happen if the non-moving parent has no objections to the move or has failed to attend the hearing. The other extreme is that the Judge may deny the relocation request. This will occur if the moving parent has not provided the Court with a well thought out relocation plan, including a place to live, employment opportunities, a justification for the move, etc. More commonly are the middle two options; if a relocation request is reasonable, but the opposing side also has merit, the Judge will order a trial to gather more information moving forward. When a trial is set then the Judge has two options- he may either allow the requesting parent to move temporarily until trial or may prevent the move until a trial is over. This decision will be based on the case’s unique facts, such as if the relocating parent has a job opportunity that will be lost if they are not able to move immediately. A permanent decision will be made once the trial has concluded. I further discuss the entire process in this video.

The initial hearing is just the beginning of a relocation case in most instances. It is fairly rare for a Judge to make a permanent decision one way or another at the first hearing. If you are thinking of relocating your child outside of Nevada, make sure you begin your case correctly. Contact my Henderson office today and schedule an initial consultation. I service the greater Las Vegas area.