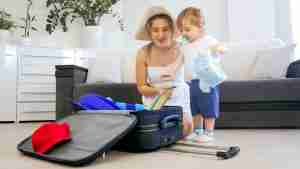 This is the next post in a series of articles discussing the consequences of not following a custody order in Las Vegas, Nevada. My previous post addressed when significant non-compliance with an order can lead to a modification in the custody arrangement. If a parent repeatedly ignores a court order or commits a single, but very serious, act of noncompliance, they may risk a reduction or loss of their parental rights. In this article, I will address another potential consequence of failing to follow a custody order – the possibility that a future request for relocation will be denied. If you need assistance with a custody dispute, contact my office to speak with a lawyer.

Whether related to a job opportunity, educational reasons, or simply due to family needs, parents may decide to relocate out of state. When that parent shares custody of a child with their counterpart, Nevada, like other states, requires the parent requesting the move to obtain the permission of the court. As with other custody matters, the court will be most concerned with what is in the best interest of the child. The judge’s analysis is based on balancing a variety of factors and weighing the potential positive impacts against any potential drawbacks. For instance, information about the child’s new school district, extracurricular opportunities, and specific benefits available in the new community may be important. The court will be particularly interested in how the move will impact the child’s relationship with the other parent, including whether physical visitation will be impacted. If a long-distance visitation plan will be required as part of the relocation, the court will view previous compliance with the existing custody and visitation arrangement as an indicator of a parent’s willingness to follow the new plan. Few things lead to the denial of a request for relocation more than the requesting parent’s demonstrated history of non-compliance with their current custody order.

As we have previously discussed in this series, minor violations of custody orders happen from time to time in a shared parenting relationship. Egregious or ongoing non-compliance, on the other hand, may weigh negatively in the judge’s decision-making. For instance, a mother seeks to move out of state for a better job. Given the significant distance away from the child’s father, her proposed new visitation schedule would involve weekly skype calls and various trips to visit him several times each year. The father challenges her request arguing that she failed to comply with their current arrangement and therefore would not likely comply with the new plan if approved by the court. If her alleged non-compliance was dropping her child off ten minutes late on a few occasions, that would not, by itself, result in the denial of her request. If, however, she had previously been held in contempt of court for violating their custody arrangement because she withheld the child from him for six months, the judge might be hard-pressed to believe that she would follow the proposed new order after relocating.

Sharing custody of a child with one’s co-parent can be difficult at times. It is important, however, to make every effort to comply with any order of the court pertaining to your custody arrangement. Doing so is not only in the best interest of one’s child, but can help preserve one’s parental rights. If you are involved in a custody dispute, contact my office today to speak with an experienced Las Vegas family lawyer.