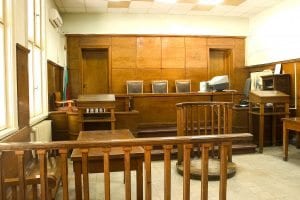 This is the next post in my series discussing how a spouse may file for a Las Vegas divorce if their partner is unavailable or cannot be found. My previous post discussed how one may obtain a divorce if their spouse is comatose or otherwise medically incapacitated. In this article I will discuss potential issues that can arise if two spouses own property outside of Nevada.

When filing for divorce, each state has somewhat different laws. The difference in laws often lie in areas such as fault vs. no fault, preferences when it comes to joint custody, and how long a person must be a legal resident of the state in order to file for a divorce. Different states also take different lengths of time in order to finalize a divorce. Nevada is considered to be a “no fault” state, along with Wisconsin, Washington, Oregon, California, Nebraska, Montana, Missouri, Minnesota, Michigan, Kentucky, Kansas, Iowa, Indiana, Hawaii, Florida, and Colorado. No fault states mean that the majority of divorces filed do not place ‘blame’ on one party or the other for the deterioration of the relationship. No fault states tend to favor joint custody arrangements whenever possible, and divide community property equally. Divorces tend to be easier and faster to obtain in no fault states.

In an at fault state, one party can file for divorce and essentially blame the marriage’s demise on the other party for a number of ‘grounds.’ Different states have different grounds, but common examples include adultery, abuse, substance abuse, cruelty, impotence, desertion, or insanity. When a person files for a divorce based on ‘grounds,’ they may argue at trial that they are entitled to more of the community property and support if they can prove they are the “wronged” party.

This may become an issue if a couple has two residences in states with significantly different divorce laws, or if one partner has moved after a separation to a different state. For example, if a couple has lived in Georgia their entire life, and one spouse moves to Las Vegas, the Las Vegas spouse may file for divorce in Nevada after six weeks. However, the other spouse would also be eligible to file for divorce in Georgia. This can create an issue if a great deal of property is in play, and one spouse wishes to file ‘grounds’ in order to keep the other from having a larger piece of the pie. Where to file and what court has jurisdiction can become messy. If you have separated from your spouse and there is a possibility a divorce can be filed in two different states, contact and speak with a lawyer immediately. Your attorney can advise you on if filing in one state will give you an advantage or disadvantage over another. Call our Las Vegas family law office today for more information.