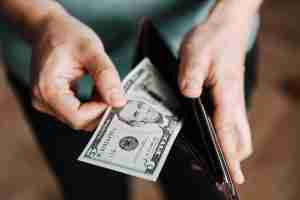 This is the next post in a series of articles discussing how one spouse’s financial irresponsibility may impact a Las Vegas, Nevada divorce. My previous post addressed how gambling debts may be divided in a divorce settlement. If such debt is incurred as a result of an isolated event or considered “normal” in the Court’s view, then it will likely be considered marital debt and divided equitably between the parties. If, on the other hand, the gambling debt results from a gambling addiction or the spouse is spending large amounts of money on an unreasonably frequent basis, it may be considered marital waste. In such cases, the debt may be the sole responsibility of the gambling spouse. This analysis is highly fact-specific and how the Court will rule will depend upon the details of each case. An experienced attorney can help you understand your rights. In this post, I will discuss the importance of taking prompt legal action when necessary to protect yourself from a spouse’s irresponsible spending habits. If you need assistance, contact my office today to speak with a lawyer.

It is not uncommon for marriages to end in divorce when the spouses have significant disagreements about finances. As discussed throughout this series, Nevada’s community property laws generally require that financial liabilities accumulated during a marriage will be considered marital debts, which are equitably divided between spouses in a divorce. It may be possible to prove that a person’s spending constitutes marital waste, and therefore should only be the responsibility of one party. It should not be assumed, however, that the Court will agree. In extreme situations, it may be necessary to initiate divorce proceedings quickly to minimize the potential damage caused by one’s partner’s frivolous spending habits. Delaying legal action and hoping that the problem resolves itself may result in one’s financial ruin. For instance, if a wife notices that her husband has engaged in a pattern of reckless spending on their joint credit card, she may believe that her husband is solely responsible for repaying the debt. If she postpones ending the marriage and the problem gets worse, she could be liable for fifty percent of the debt he incurs.

Under certain circumstances, a couple may be able to seek an annulment vs. a divorce. When an annulment is granted, it is as if the marriage never occurred. This means that assets and debts incurred by the parties during the marriage will not be treated as marital property or liabilities. Each spouse is essentially restored to their premarital financial position and not held responsible for their partner’s debt. For this reason, an annulment may be more advantageous than a divorce. Annulments are only granted for limited reasons such as when a marriage was based on fraudulent misrepresentations by one of the parties. Suppose, for instance, before getting married an individual lies to his future spouse about having a lucrative job making $1,000,000 per year. He lives a lavish lifestyle consistent with a seven-figure salary. After their wedding, his wife learns that he is actually unemployed and has been living on credit and other financial scams. In this scenario, she may be entitled to an annulment. If so, she will not be held liable for any debts he may have incurred while they were married.

Divorces and annulments can have very different outcomes related to the division of debts between spouses. It is imperative, therefore, to discuss these matters with an experienced attorney before initiating legal action. My office is ready to assist you. Contact us today to schedule a consultation with a Las Vegas divorce lawyer.