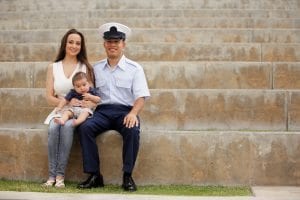 This is the final post in my series discussing issues which often arise when one or both spouses file for a Las Vegas divorce and are active members of the military. I began this series because while divorce for military members occur in the civilian courts and are generally the same as with civilian couples, some issues occur that are unique for military families. In writing this series my hope has been to answer questions that I am frequently asked during consultations with spouses who help serve our country.

During the course of this series I have touched on a number of topics including:

Divorce is a difficult time for any family. When a military family separates then there may be additional stresses. The family may live in a location in which they have no close friends and family, one spouse may be deployed over seas, the civilian spouse may suddenly feel ostracized amongst his or her peer group, and child custody issues can be heartbreaking to decide. Throughout this series I have attempted to provide examples of solutions that the Courts often use when a military family has difficulty reaching a settlement. I have also pointed out that the military itself often has its own guidelines that servicemen and women can turn to as an example of what their obligations are.

As a family law attorney in Las Vegas, I have worked with many military families. I have represented servicemen and civilian spouses alike. I understand that this is a difficult and stressful time, and I appreciate the unique challenges these families have. If you are going through a divorce or custody dispute, contact my office today for a consultation.