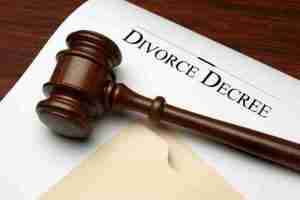 This is the next post in my series discussing unique issues which divorcing Las Vegas couples face if they are part of a special population. My last article explained how divorce laws in Nevada will apply to same-sex couples. In this post I will discuss how issues of child custody and relocation are handled by the Courts when one or both partners live internationally part-time or hold dual citizenship.

If a couple lives primarily in the state of Nevada then it is appropriate to file divorce documents in corresponding county of residence. However, it is not unusual for one member of a couple who frequently travels to wish to move out of the Las Vegas area permanently once the divorce is finalized. As with any other relocation request, the Court will consider allowing a child to move to a foreign country if 1) the request is made in good faith, 2) the parent making the request has a reasonable reason and articulate plan for moving abroad, and 3) the move is in the child’s best interest. The burden of proving that these three standards are true is up to the requesting parent and the non-relocating parent has an equal opportunity to oppose the relocation request. If the two parents are in disagreement over custody issues then a Clark County Family Court Judge will consider both parents’ arguments and make a decision.

When it comes to an international relocation the Court will take into account a number of factors. One, the Court will consider if the country the children are potentially relocating to adheres to international child custody agreements. If a country traditionally refuses to force a parent to send children back to the US for visitation and custodial time with the American residing parent, as has been ordered by the US courts, then a Judge may be reluctant to allow a child to move. Second, the relationship of the two parents is of particular importance in international custody issues. If there is any concern that a parent is attempting to use an international relocation as a way to purposefully keep a parent from their children then a Judge will be hesitant to allow the move.

It is not hard to understand why tensions in an international divorce case are high; when an ocean separates parents then it is not easy to share custody and meaningful time with a child. However, finding a solution that offers both parents the ability to stay connected with a child is what the Nevada Courts will strive to do. A Judge will consider the finances of both parents, both parent’s relationship with the child, the work schedules of both parents, the child’s adaptability, the child’s wishes and more. Whichever country the child ends up residing in, a Judge will ensure that a detailed communication plan is in place that will allow the other parent to stay in frequent touch with the child. Many international custody plans implement creative solutions such as having the children spend half a year with each parent or long visitations with the non-custodial parent. The important thing to know is that the child’s best interest will always be the Court’s main concern.

If you are a parent involved in an international divorce then it is important to hire an attorney who understands international custody laws. Contact our family law attorney today to set up an initial consultation.