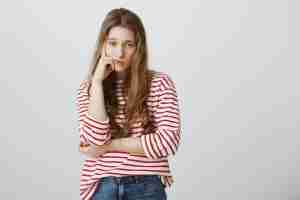 This is the next post in my series of articles on the topic of “teenage discretion” in Las Vegas area child custody cases. My last article discussed the limits which Courts place on a child’s parental preference. It is important to understand that, while the Court will often defer to a child’s wishes, it will not do so if those wishes are contrary to the child’s best interests. Whether or not a Judge may wish to place limitations on the child will always depend on the specific facts of the case. It is important that you speak with an attorney immediately in order to gain a better understanding of how the Court may view your situation. In this article I will discuss another important topic – the legal process parents face in matters where a teenager’s preference is at issue. If you require assistance then contact my office today to speak with a lawyer.

The process for Las Vegas parent’s who wish for their teenager to have, or not have, discretion

It is common for Las Vegas parents to have a custody order in which visitation was determined when their now teenage child was much younger. As the child has aged, he or she has begun to have more independence from the parents and, for obvious reasons, the original custody order may no longer be workable. If the child is of suitable age and maturity, the Court may allow a situation where the child sets their own schedule. Such a schedule will still require that the non-primary parent still receive their required amount of time. The first step in requesting such an arrangement is to file a Motion with the Court requesting a modification of custody. The fact that the child has matured will often fill the requisite of “changed circumstances” which the Court requires to hear such a Motion. A hearing will be set and the Court will issue its decision. If the Court finds that the arrangement would be in the child’s best interests, then it may issue a temporary change of custody and set a trial date to determine if the change should be permanent.

As discussed in my last article, there may also be situations in which a child has already been granted discretion but the situation is simply not working out. If a parent wishes for a new custody order, which removes the child’s preference from the equation, then that parent will file a Motion with the Court. It will be important to include evidence showing that the situation is proving to be detrimental to the child. Such evidence can include proof that the child is failing in school, proof that the child is using drugs and/or getting in some form of trouble, etc. If the situation is severe enough then the Court may hear the request on an expedited basis. The Court will hear the matter, issue any necessary temporary rulings, and set a trial date.

It is important to understand that how the Court may rule will vary from case to case. It is vital that you discuss your situation with a lawyer as soon as possible.

As a child gets older, it can be common for parents to agree that their current custody order no longer works. Such parents may also agree that the child should be given a degree of latitude. If you and your counterpart are in agreement on such issues then there is no need to go through the process described above. Instead, you may enter into a stipulation and order which will result in a new custody arrangement. When drafting the stipulation, it is important to consider all scenarios which may arise so that you do not have a dispute down the road. An experienced attorney can be of assistance in this area.

I am a Las Vegas child custody lawyer who practices exclusively in the area of family law. I understand that the importance of child custody issues and my office is ready to assist you. Contact us online or by telephone to schedule an initial consultation. I look forward to speaking with you.