When A Custody Order Violation May Result In A Modification In Las Vegas, Nevada 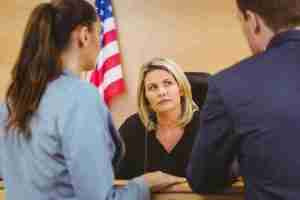 This is the next post in a series of articles discussing the consequences of violating an existing custody order in Las Vegas, Nevada. My previous post reviewed what a Clark County Family Court judge may view as a violation of a custody order. The severity of the infractions and the frequency with which they occur are important factors that will come into consideration when a judge is reviewing one’s enforcement request. It is important to remember that involving the court for something that may be viewed as frivolous may backfire. That is why it is essential to discuss your situation with an attorney before taking legal action. In this article, I will discuss when a custody order violation may result in a modification of the custody arrangement.

When a parent fails to comply with an existing custody order, they may find themselves subject to their co-parent’s legal action to enforce the order of the court. Non-complying parents may be required to pay the other parent’s legal fees and possibly be held in contempt of court. Depending on the circumstances, violations may also serve as a basis for modifying child custody. Generally speaking, the parent seeking a custody modification must demonstrate that a change in circumstances has occurred since the current order was issued and, as a result, the existing order is no longer in the child’s best interest. In this situation, the non-compliance would constitute the change in circumstances. One of the factors the court considers when reviewing whether a custody arrangement is in the child’s best interest is each parent’s willingness to foster a relationship between their counterpart and the child. A parent’s violation of an existing order may be viewed as interfering with their counterpart’s relationship with the child. If so, this may result in the reduction or loss of custody or visitation rights. It is important to understand, however, that how the Court will rule in any given circumstance is always going to depend on the specific facts of the case.

Consider the following example. Bob and Sally share custody of their daughter. Under their current custody order, Sally is supposed to have their daughter two days each week. Bob has withheld her from Sally’s house for several weeks in a row and Sally files an enforcement action. As part of her request for enforcement, Sally also seeks a modification in child custody so that she and Bob split equal parenting time. Under these circumstances, a judge may determine that Bob has violated the existing order. The court may also hold Bob in contempt and require her to pay fines and for Sally’s legal fees. If Sally can demonstrate that it is in her child’s best interest to modify custody, the judge may also decide to enter a new custody order changing their arrangement. Now consider that during the trial, Bob’s attorney presents evidence that Sally has been abusing alcohol and drugs in the presence of her daughter during her visits. When she is with her mother, their daughter’s homework is perpetually incomplete, she is habitually late for school and her grades are suffering as a result. In this case, the judge may decide that, despite Bob’s violations of the order, it is not in the best interest to grant Sally’s request for joint custody. In fact, they may even modify the arrangement to reduce Sally’s parental rights or to require supervised visitation while she attends alcohol or drug treatment.

If you are involved in a custody dispute, contact my office today to speak with an experienced Las Vegas attorney. Working with an experienced domestic relations lawyer can help you through this complicated process. I am dedicated to representing my clients and providing the highest level of service. Please contact my office today to schedule an initial consultation.