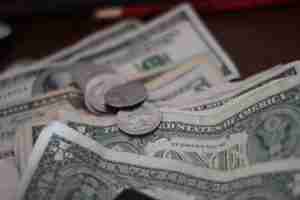 This is the next post in a series of articles discussing divorces in Las Vegas, Nevada that are caused by the financial irresponsibility of a spouse. My previous post provided an overview of the topics I will discuss throughout this series. In this article, I will focus on an important element in divorce proceedings – the division of marital debts and assets in Nevada. Married couples learn a lot about each other during the course of their marriage. In some cases, one spouse may learn that the other is not on the same page with regard to finances. In extreme situations, one may discover that their partner is completely irresponsible with money. Serious disagreements may ultimately end in divorce. For residents who find themselves in this position, it is important to understand how Nevada’s community property laws may impact their case. If you need assistance, contact my office to speak with an attorney.

Nevada is a community property state. Generally speaking, this means that assets acquired during the course of a marriage are considered joint property. In addition, debts that are incurred while a couple is married are considered obligations of both spouses. This is true whether one person purchased an asset or incurred a debt independently of the other person or without their knowledge. With respect to property division in a divorce case, the Court will presume that the couple’s marital assets and debts should be divided fairly and equitably between them. There are some exceptions to this general rule, such as when a prenuptial agreement applies or related to property one spouse acquired before the marriage and deliberately maintained separately from their partner. Notably, however, significant debt or assets acquired by a spouse who was irresponsible with money is not usually an exception to the application of the community property rules. This reality can have a significant impact and often comes as a surprise to individuals considering divorce in Nevada.

Consider the following example. Joe and Betty have been married for three years. Betty is the primary breadwinner in the family, making significantly more money than Joe. They have joint checking and savings accounts, in which they each deposit a portion of their earnings. Betty notices that Joe’s wardrobe is continually being updated with new designer shoes and outfits. She is also surprised when Joe gives his mother expensive diamond earrings for her birthday. The balance in their checking account seems relatively normal and she can’t understand how Joe is affording his lavish spending. One day, Joe arrives home in a new luxury sports car and Betty confronts him. She learns that Joe has withdrawn $15,000 from their savings account, incurred $15,000 on their joint credit card, and borrowed $60,000 to purchase the new car. When Betty consults with a divorce attorney, she is shocked to learn that she will likely be responsible for half of the debts that Joe incurred and cannot recover the lost money from their savings account. The vehicle, which would be considered a joint asset, may be sold as a way to mitigate the debt, but any remaining balance would likely be split between them. As a practical concern, if Joe fails to pay his portion of the joint debt, creditors may attempt to collect from Betty and her credit could be seriously damaged.

If you suspect that your spouse may be acting irresponsibly with money, it is imperative to address the situation quickly. Failing to do so could allow the issue to get out of control, lead to irreparable damage to your marriage, and result in you being held accountable for their actions after a divorce. If you need assistance, contact my office to speak with a Las Vegas divorce attorney as soon as possible.