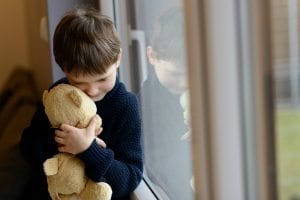 Parents often wish to change child custody. Nevada allows for custody arrangements to be adjusted when there has been a change in circumstances and, because of the changed circumstances, a new arrangement would be in the child’s best interests. It is important for parents to understand that both of these requirements must be met in order to alter your current arrangement.

Las Vegas child custody lawyer Kari Molnar recently won a matter in which the other parent wished to change child custody. The Court denied the request due to the fact that circumstances had not changed. It is important for parents who wish to change custody to understand that in Rooney v. Rooney the Nevada Supreme Court made clear that there must be a meaningful change of circumstances for the Court to consider your request. Unfortunately, it is not uncommon for parents to come to Court requesting a change even though there is no new situation that warrants it. In such a situation the request to change custody will be denied.

When determining whether circumstances have changed the Court will look at a limited time frame. Only circumstances that have changed since your last custody order will be considered. In other words, if you wish to come to Court to change custody then you may not discuss any facts that happened before your last custody order. This is a common mistake by parents who fail to bring up an issue during their initial custody case – they then want to come back to Court later and raise the issue. The Court will not allow you to do this.

If you are in a situation where you wish to change custody, or the other parent is wishing to change custody, then contact Kari Molnar today. Kari has practiced exclusively in the area of family law since 2005 and has handled numerous matters involving children.